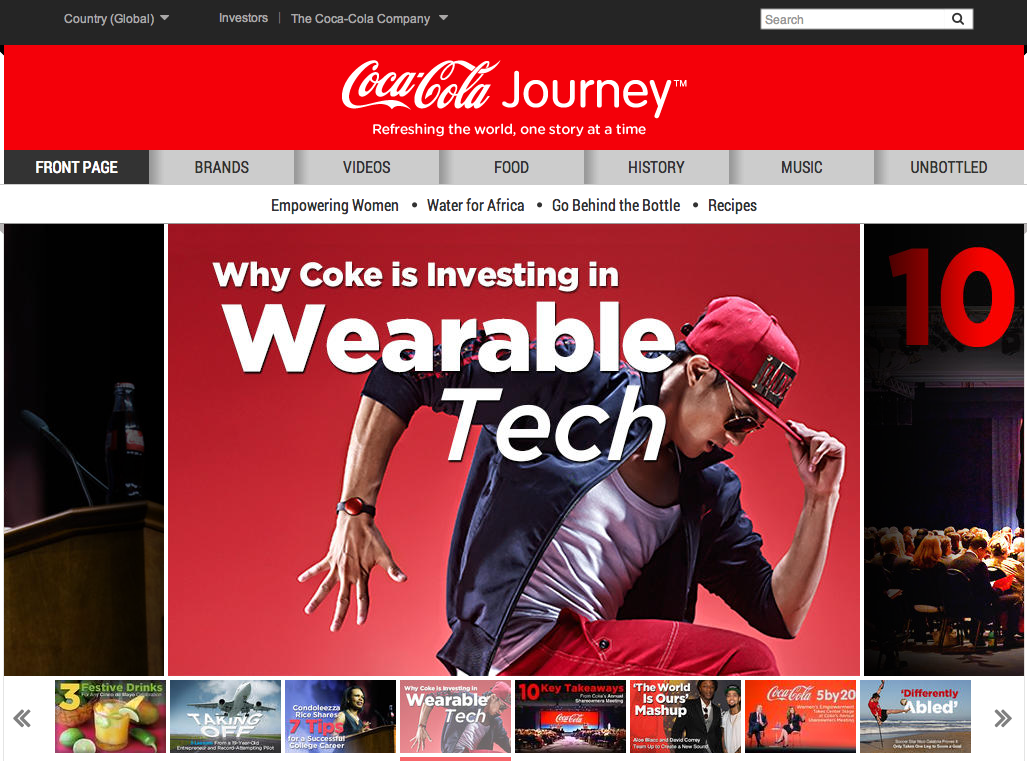 Last February, Mark Higginson, a social media manager at a university in the UK, wrote an article for the marketing publication Sparksheet challenging Coca-Cola’s content marketing strategy. I lead the group that publishes Coca-Cola Journey, the subject of Mark’s piece.

For his analysis, Mark counted the social shares that are visible on every page of Coca-Cola Journey, and concluded that because social sharing was (in his opinion) low, “engagement” was also low, and that Coke's content marketing program is pointless.

To prove his point, Mark looked at more than 80 randomly-selected posts. He found that some of Coke's content is a hit with readers, a few pieces are mega-hits, and that many posts aren't shared that often. In his view, this is proof that Coca-Cola's investment in real content is a large-scale, expensive failure.

Unfortunately for the reader, there wasn't any comparison to other publications to validate this hypothesis. Instead, readers were left to assume that the data proved the point.

So I decided to do the comparison myself, using Coca-Cola Journey, Advertising Age, the largest trade marketing newspaper in the United States, and Sparksheet. I selected May 4, 2014 as my research date, and used the "top" stories on each magazine's website as my sample set. I did this because I believe it's fairer to compare the best content available on a given date than to use randomly selected articles (this also avoids selection bias; I've let each site select their content for me).

First, social shares on Coca-Cola Journey, and its sister site Coca-Cola Unbottled, compare quite favorably to other marketing publications. The ten most popular posts have an average of 448 social shares per article. Unlike Mark, I also found the spread of shares across the articles to be fairly even: only one article has less than 100 shares, five have between 100-500, and four have more than 700.

Then I examined the top six posts on Advertising Age (they only list their top six articles). The average for these top posts is a massive 9,288 shares. But a closer examination reveals that this article (with 53,000 social shares) is the reason for the exceptionally high average. If we exclude this outlier, the Ad Age average is about 398 social shares per article. Like Coca-Cola Journey, shares on these posts are fairly evenly spread: one has less than 100 shares, one has more than 1,000 shares, and the remaining four average under 500.

Sparksheet doesn’t have a “Top Ten”, so I took a look at the nine “Editor’s Picks" on the front page. Together, these nine articles average about 110 social shares per article, well below the average for both Coca-Cola Journey and Advertising Age.

In addition, Sparksheet also suffers from the "feast or famine" social sharing Mark finds problematic. All but two articles have less than 100 shares. The top piece has 334 shares and the second-highest shared piece has 267, well over half of all shares in the editor's top nine. In fact, all but two of the Coke Journey and Ad Age top pieces score higher than seven of the nine Sparksheet articles.

By Mark's reasoning, Sparksheet is talking, but no one is listening. 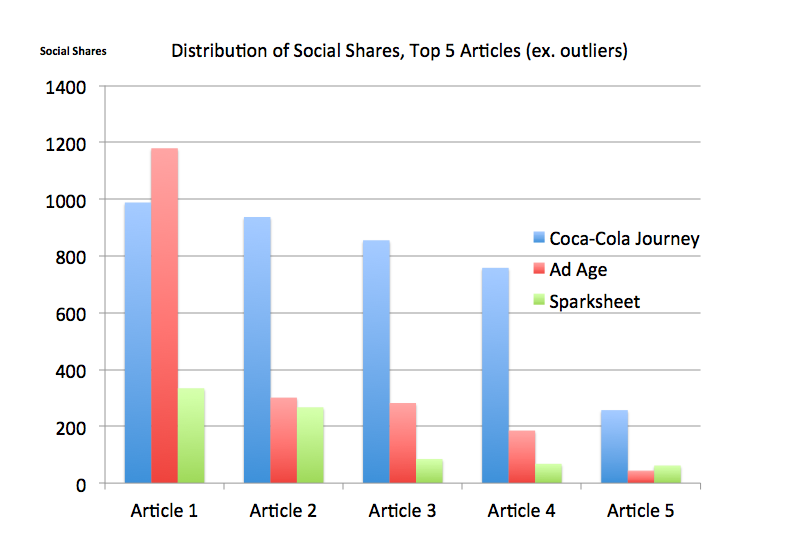 Based on the high level of interest in Mark's post, this isn't the case. Clearly, social shares alone are not a good marker of engagement or influence.

All publications, even top newspapers, have some content that wins, some that's just average, and some that's not as popular. Coca-Cola Journey, Advertising Age, and Sparksheet are not exceptions, and that's why high-performing content strategies aren't based on virality. After all, Mark's article has been shared 519 times - a good performance for Sparksheet but only about average for a top trade magazine. Yet it generated thirty thoughtful comments and fifteen trackbacks, surely signs of true engagement.

Clearly there's something here worth exploring: what are good markers of ROI for brand journalism?

In the next installment, I'll explore what I believe are a few excellent standards for measurement. Until then, feel free to share.

UPDATE: A reader correctly pointed out that Coca-Cola Journey also features "Editor's Picks". To keep the playing field level, I have tallied their shares as of May 5, 2014. The average number of shares for this group is 274 social shares per article, still well above the average for the similar set of articles on Sparksheet.

This is the first installment of a series on measuring the ROI of content marketing.