When Did We Lose Our Nerve? 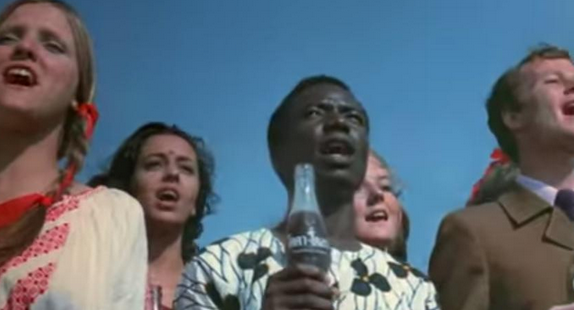 ('Hilltop': an early example of breakthrough content from Coca-Cola. Courtesy: The Coca-Cola Company)

Last week, I hosted an amazing panel at the Spredfast Summit with Brian Marks from Aramark, Jennifer Brown from Edelman, and Deirdre Walsh from Jive Software. After about 30 minutes of lively conversation about great social content and paid media, I asked the audience how many of them felt that their brands put out “brave” content.

That means that of the roughly 100 brands in the audience, only 5% consistently produce work that makes them proud. Hopefully, they didn’t all work for the same company.

I’m writing this post somewhere above the bayous of Louisiana, on my way to the CMO Summit in Turnberry, Scotland. As I look out the window at the total blackness below, I’m reminded of last week’s New York Times Magazine cover story: every hour, an acre of Louisiana falls into the ocean. What if a Louisiana company had broken that story? Even more heretical, what if an oil and gas company had done it?

I used to work for Coca-Cola, and my proudest Coke moment was during this year’s Super Bowl when the brand debuted ‘America Is Beautiful’ – America the Beautiful sung by young, American girls in seven languages. The xenophobic backlash was intense, but Coke stood its ground. Why? Because the brand decided it was time to stand for something. The idea that that what makes America beautiful is its diversity, intense beauty, and colorful cultural fabric was a hill worth dying on for the brand that brought us ‘Hilltop’.

We all work for businesses that need to make money, and angering as few people as possible along the way is usually a good thing. But sometimes, there’s positive ROI in telling a certain segment of the population to just shove it.

And bravery doesn’t always mean incendiary. It can also be ‘Think Small’ or ‘Gracie’ or ‘Thank You, Mom’.

Social media today is like television in the early 1960s. It’s still the Wild West, with an entrepreneurial-anything-can-happen air about it. If we reduce it to the digital equivalent of a billboard, we’ll have squandered a once-in-a-generation opportunity.

Instead, let’s do work that matters, work that people will write stories about one day.